The first Professional Golf Association Tour event in Africa, the Morocco Champions, teed off at the Samanah Golf Club…

Female equivalent to the Hassan II Trophy, the Lalla Meryem…

The Hassan II Golf Trophy is a men’s golf tournament…

The PGA Tour Champions has entered a five-year agreement to… Female equivalent to the Hassan II Trophy, the Lalla Meryem Cup was founded in 1993 by His Majesty The Late King Hassan II. For more than 20 years, the tournament has also provided an exceptional platform of champions such as Marie-Laure de Lorenzi, Laura Davies, Annika Sörenstam, Patricia Meunier-Lebouc, Gwladys Nocera, Charley Hull, Ariya Jutanugarn and Suzann Pettersen.

Until its 15th edition, the Lalla Meryem Cup was held in Rabat at the Royal Golf Dar Es Salam. In 2010, the Cup entered the Ladies European Tour and competed for the first time on the Royal Golf course Anfa Mohammedia, before being relocated to Agadir in 2011.

In April 2018, and for her second season on the Ladies European Tour, the young Swedish Jenny Haglund, 24, won the Lalla Meryem Cup in Rabat after a second playoff hole against defending champion Klara Spilkova of the Czech Republic and the Australian Sarah Kemp. 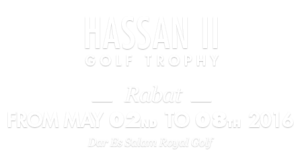